Roe v Wade and the Wrath of the Goddess

In a historic landmark decision, Friday, June 24th saw the Supreme Court of the United States strike down the nearly 50-year-old precedent opinion of Roe v. Wade, thus making abortion illegal, and a prosecutable crime, in a large number of states. In the Dobbs vs. Jackson ruling and concurrent opinion, Justice Clarence Thomas makes clear that this right-wing activist Supreme Court will not stop with banning abortion rights at the state level, but seeks to ban abortion at the federal level, and expand the decision to rule against other progressive victories such as the right to contraception, the right to gay marriage, and the right to choose to be in a same-sex relationship.

In Texas, Senator John Cornyn has already asked for the court to now reconsider Plessy vs. Ferguson, which solidified desegregation nationwide, thus bringing back an actual apartheid state, not seen in the United States since the early 20th century.

In the streets, the victors are triumphantly stifling legitimate protests and dissent. Jennifer Rourke a state representative candidate in Rhode Island, protesting the court’s decision, was violently assaulted by her male opponent, Rhode Island police Officer Jeann Lugo, who has since abandoned his campaign. In Arizona, law enforcement released tear gas on protestors, and in Iowa, a truck driver ran over protesters with his vehicle, while driving away without any charges. The racism, misogyny, homophobia, and patriarchal oppression are all related. This is the worldview of the White Male Patriarchy, embodied by the MAGA movement in the United States, and by fascist right-wing idealogues worldwide. Not content with attacking equality and democracy, their goals have always been to subject women, minorities, those who do not identify as cisgender to unlawful rule and violence and use any means necessary to reinforce the supremacy of white males.

The day before this court released its ruling overturning women’s reproductive rights, which Justice Alito notably based on the writing of a 17th century anti-witch English crusader, the court also struck down a law on the books in New York State since the 1920’s which legislated against the concealed carry of handguns, arguing that the right to bear arms enshrined in the United States Constitution superseded State’s rights on gun regulations. In spite of the contradictory message of this court in terms of State’s rights, this ruling is consistent with their agenda that violence and the fear of violence serves to maintain the status quo of white male patriarchy in public and in private spheres.

Violence is a major tenant and enforcer of the domination paradigm which the powers that be are intent on reestablishing.  In addition, in the same week, SCOTUS paved the way for state funding for private religious schools, which serve to indoctrinate children to these beliefs from birth, thus instituting a vicious cycle of forced birth, indoctrination, violence, and separation and oppression of minorities and dissenters, all maintained by violence and fear backed up by radical right-wing Christian religion. The court is not done; however, they are expected to rule this coming week regarding the Environmental Protection Agency’s (EPA) ability to regulate climate-warming greenhouse gases, which would prove a victory for corporations and private companies to continue to devastate the planet and destroy the health of the ecosystem and all living things.

All of these seemingly disparate things are related, they constitute the full, unbridled agenda of toxic patriarchy which is intent on maintaining the divine right of elite males to be masters over the Earth and her resources. In the White Male patriarchal worldview, subjugating the Earth is akin to subjugating women. Pollution of the Earth is something that is acceptable as long as it happens in marginalized communities, third-world countries, and urban areas populated by poor minorities and doing so enriches the elite power structure. Institutionalized racist environmental policies are part and parcel of the agenda of the radical right.

To understand what is happening at the macro level, it is important to examine the human psyche. Dr. Carl Jung’s described cultural complexes as created by archetypes, the building blocks of the psyche, as present in the culture which have a life of their own. He wrote, "Archetypes are like riverbeds which dry up when the water deserts them, but which it can find again at any time. An archetype is like an old watercourse along which the water of life has flowed for centuries, digging a deep channel for itself. The longer it has flowed in this channel, the more likely it is that sooner or later the water will return to its old bed.” (Jung, C. 1936, Wotan, IC 10:  Civilization in Transition, p. 395).

Jung believed that archetypes and the cultural complexes attached to them exist independently of individual consciousness but give life and energy to movements within culture that have the potential to wreak havoc in societies when the full force of their unconscious energy emerges collectively. Some might argue that the riverbed that the MAGA movement has filled, complete with its irrational hatred of women, black and brown people, immigrants, and sexual and religious minorities, is linked to the failed Confederacy. Certainly, the Confederacy laid the groundwork for the toxic paradigm within the United States which has solidified institutionalized sexism, homophobia and racism for hundreds of years. But I argue this toxic riverbed is much older. It goes back deeply in time, to the fires that powered the Inquisition where midwives who controlled reproduction were burned in the thousands, to the armies which enabled the imperial destruction of the indigenous cultures of people worldwide including European Pagans; and even further, back to middle Eastern and the early Western cultures of Imperial Rome and Patriarchal Greece before them, which were fighting against the supremacy of earlier matriarchal cultures. This is a riverbed thousands of years in the making, which has risen up to fight back in a changing world, a world where the Divine Feminine has awakened.

Some may argue that we can be saved appealing to Christian ideals of salvation, but Christianity itself is part of this Patriarchy's destructive grip. In the Great Cosmic Mother, Monica Sjoo and Barbara Mor wrote: "Christianity offered redemption through a single being of the male sex. Christ must redeem us from being born out of a woman. His power to do so comes from the fact that he is the son of a male God. At death, Christ does not return to Mother Earth like earlier vegetation deities, to renew and fructify us all. He is the vegetation deity who refuses to be recycled. Instead, he ascends to heaven to sit as a judge at his Father’s side. Simon Peter said to the women who appeared after Christ’s death, “Let Mary leave us, for women are not worthy of Life.” Christ said, “For I have come to destroy the works of the Female, Death will prevail, as long as you, women, bear children.” Such a nihilistic denial of the value of earthly life, coupled with the Christian Church’s imperialistic urge to control that life, specifically to control women’s reproduction of it, has contributed greatly to the biophobic insanity of the past two thousand years of existence.” (pg. 315)

This nihilism is evident today well into the 21st century, with the ruling of this Court, and the imperialistic need for Christian Nationals to now move Heaven and Earth to impose their religious beliefs on this nation, despite being a distinct minority. The fact that religious liberty is enshrined in our Constitution in the First Amendment is irrelevant; we have seen that conforming to a cogent reading of Constitutional rights is not part of the MAGA radical Patriarchal agenda. It will not matter if non-Christians oppose this new era out of religious ideals or if they appeal towards Jewish, Muslim, Hindu or atheistic non-beliefs.  Also factual is the understanding that the end game for these Nationalist Christians is the destruction of the Earth itself. Most Christians who justify their support of this agenda include support for corporate profits over the health of people. They do so by embracing an idea that the Rapture and End Times promised in the Book of Revelation, where the filthy world is swept away and they, as God’s chosen, get to witness our destruction in the Lake of Fire for eternity, is a useful comforting and sadistic fantasy justifying death and extinction. Obviously, it is not about being pro-life, it is an insane suicide-homicide pact.

For Pagans and Nature-based religious people, it is time to assert our sovereignty and the sovereignty of the Divine Feminine. For those who wish to appeal to religious sentiment, one can argue that the power to give birth and to control reproduction is a power only afforded to the female half of the human race, thus making this a Divine right. Make no mistake, this ruling will be interpreted broadly, and it could represent another step in the direction of dissolution of the Union, similar to a modern-day Fugitive Slave Act. Blue states are already signaling not only will they keep abortion safe and legal in blue states but they will not comply with the overreach of other states to extradite women and health care providers for punishment.

We cannot go backwards, only forward. It’s important to realize that beneath the riverbed of white male Patriarchy, is the foundation of Nature’s supremacy, which is far older. It is the sanctity and holiness of Mother Earth, which is the fundamental power behind all Womanhood. Women and our allies must unite, organize, and advocate for democracy and religious freedom in order to protect the rights of women to sovereignty over our bodies, and for the LGBTQAI community and our brothers and sisters who may be targeted by segregation.

At some point over the past few years, I realized that resisting the paradigm isn’t what is called for in these dark times, replacing it completely is what is necessary. It is time to replace the failed Patriarchal paradigm, with a peaceful, egalitarian, democratic revolution which improves lives, wages, health, rights, schools, homes and guarantees equality and democracy for all. This hope is always the river of real freedom which undermines all repressive regimes throughout all space and time.

For those who doubt the power of the archetype of the Divine Feminine, it is important to realize that one aspect of the Goddess that Western Patriarchy has never successfully absorbed, banished or defeated, is the Dark Goddess. She has always been feared as she brings death, destruction, change, and the necessary end of destructive and repressive eras. In Hinduism she has never been forgotten, as she is represented by Mother Kali who destroys evil to protect the innocent. Her wrath releases energy to transform the entire world. I say this to today’s latter-day patriarchs celebrating prematurely their empty and nihilistic victory, beware Her wrath - for it can and will come for you.

Please follow Rev. Wendy on Twitter @SolBlossom2. Rev Wendy’s book, Relighting the Cauldron: Embracing Nature Spirituality for the Modern World, is due out with Llewelyn Worldwide Publications in late winter of 2022. 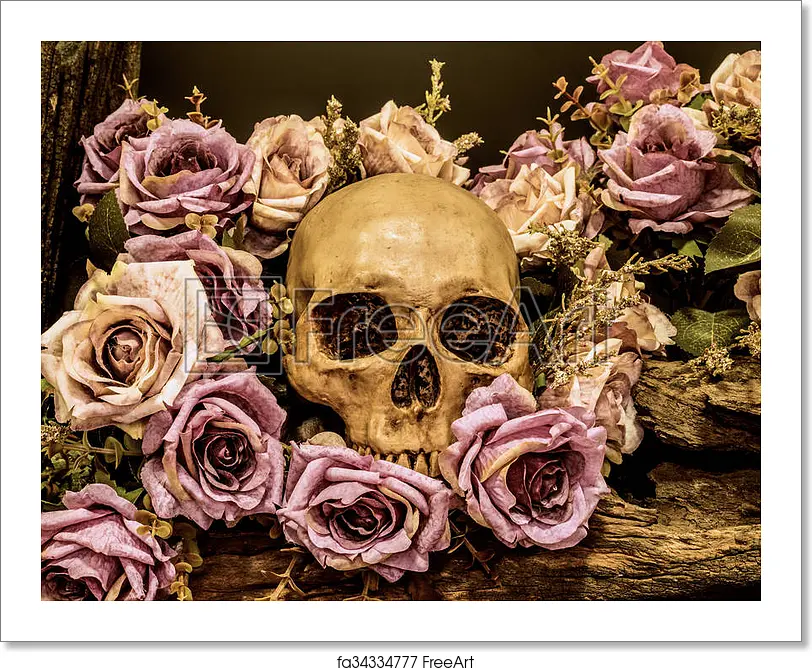 SCOTUS RoeVWade DobbsvJackson Patriarchy Goddess Environmentalism Abortion Christian Nationalism Paganism Nature-based Religion
17Feb
The Truth about Life After Death
19Apr
What does it mean to be a Priest?
Comments