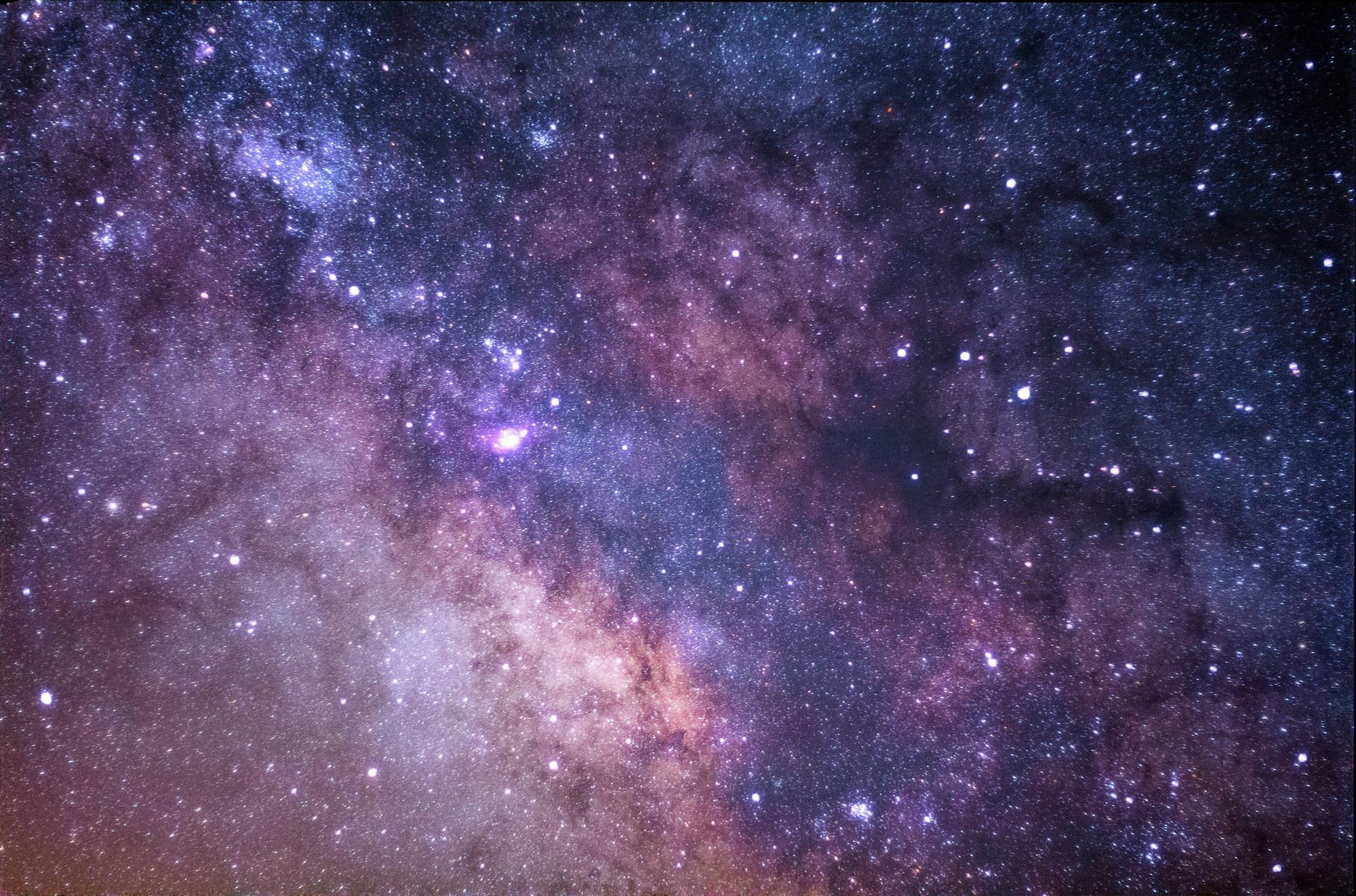 By about 1.9 million years ago, modern Evolutionary theorists believes the common ancestor of modern humans had evolved out of Africa and also ranged in East Asia, known as Homo ergaster (for “Workmen”) in Africa and Erectus (“upright) in Asia, this ancient human was tall, relatively hairless and intelligent. This being ranged throughout the ancient world and skeletons of one or both of these variants have been found from as wide a range of Africa to Northern Asia.

Human evolution is a fact as it can be read in the record of man buried in the Earth’s surface. What we can reconstruct about our ancient ancestors is they developed from ancient mammals very slowly, but deliberately, uniquely equipped with hands with thumbs for dexterous climbing and toolmaking. They also were gifted with a larger brain than other mammals and combined with their toolmaking ability we eventually conquered fire, cold, hunger, large predators, and over vast time periods and distances, developed human culture and civilization. Each step of the way, we evolved.

We are not the only species to fall under the “Home” genus. These aforementioned ancient ancestors came from more primate versions of homonids and evolved into later species such as Homo Neanderthals, a very successful variant which adapted to the cold environment of the north, lived alongside of modern humans, but eventually disappeared. We used to think that human evolution was one long line of succession, but now we realize it is more of bush-like evolution, where branches developed and  some eventually went extinct. There is controversary surrounding the concept of Neanderthals, if homo Erectus replaced them completely or were able to mate with them and we are their resultant, hybrid offspring?  While genetic science does support this theory now, some hybrid hypothesis such as Stanley Gooch’s fascinating theories are often discredited.

Evolution as a scientific understanding takes two forms, but essentially it means how a particular species adapts to their environment due to pressures acting on it from their environment and how these changes happen over time. The Fundamentalist Creationists who rail against Evolution begin on the faulty premise that in order to accept the theory, you have to abandon the idea of God. Nothing that I learned in Anthropology supports that.  Science tells us that evolution happens in two ways, with physical morphological changes, such as how the ancestor of the giraffe eventually grew its neck long enough to reach the highest treetops, as well as socially. Hard scientists such as geneticists and biologists deal with the former and social scientists such as sociologists and anthropologists consider the latter.

Social evolution helps us how to understand the ways that humans adapt over time to changing environments, and how we as species, in our most primitive form a hunter-gatherer small group nomadic tribal society eventually developed agriculture, settled down, created city-states, government, religion and culture and eventually became the modern people we are today with all our diversity and richness.

In both scenarios, an interesting fact about the understanding of evolution is that it is neither uniformly linear, nor constantly progressing and often happens in bursts of change. Sometimes evolution reverses during times of change or stays stagnant. Other times it is rapid. Thus, the concept of the Hundredth Monkey Theory which states that a rapid evolution in mental acumen does appear not only to emerge first as a “mutant” variant, but then shows up often sporadically in a population randomly, eventually becoming the norm and the selected genes.

However, many scientists refuse to consider the spiritual angle. Whether it’s because they view religion to be mired in myth and superstition and a less “enlightened” consciousness; or they reason that the ideas expressed can’t be experienced with the material senses or measured in empirical and reproducible ways, sadly the realm of spirit has been left out.

However, the work of Psychology and Anthropology is now beginning to bridge the gap. Psychology, specifically the Jungian approach as well as Eco-psychology and new approaches to psychology through analyzing indigenous thoughts and beliefs have given us a doorway into the metaphysical realms. Arguably, modern physics is also helping us to understand that we do not yet comprehend all the realms of possibility that exist in our universe or multiverse.

From a spiritual point of view, when we leave out the dogma, it’s clear that the nature of the living universe appears to be evolution. Everything is constantly changing and constantly in flux. We are in motion, even the most solid appearing matter is really a swirl of energy. We evolve. And what are we evolving into?

The Spirit’s Book also alludes to this teaching. The highly evolved spirits say that the Universe is peopled with beings and worlds at all different levels of consciousness and enlightenment. Our world here is but a byway on our eventual journey upward towards more enlightened consciousness and we eventually grow closer to the Creator; to Oneness. We see echoes of this idea in Hinduism and of course Buddhism with the idea of Nirvana. And Jesus alludes to a higher consciousness when he spoke of the Kingdom of God. In the end, it appears that science and religion often are at odds but yet both are speaking of the same ideas, just looking at them from different points of views.

As I mentioned before, in human evolution, many periods of awakening happened in bursts. An example of this is the Neolithic explosion of beautiful and varied lithic tools happening in different cultures around the globe around the same time compared to a stable and steady Paleolithic period of endless ages of simple flakes and hammers. The Industrial Revolution has been a blaze of  rapid developing technology, yet it may end up being our undoing as it has led to a great disparity of economic inequality, destruction of our environment, a proliferation of war and weapons of mass destruction, and the extinction of many other species. Evolution tells us we must have a new burst, a new awakening where we will overcome our negative human “animal” programming, in order to awaken to a more just and peaceful way of being. We must not only be more at peace with one another, but also with our cospecies and the Earth. We have to evolve into a sense of Oneness and a consciousness of Interdependence.

I say “animal” in the sense that our traits of self-centeredness, aggression, dominance all may have served us well as we evolved as a species in the past but now have now become liabilities to our way of life and to the planet. Spiritual Masters and enlightened beings have given us pathways towards freedom; and the Spirit’s themselves in the Spirit’s Book tell us, humans must evolve both intellectually but also morally. We only do this through the higher human traits of altruism, emotional control and practicing kindness and service toward each other. If we do not all awaken towards the need to be a kindler, gentler and less self-absorbed species, Homo sapiens may very well be the end of the line.

What will our new species be called, what will we look like? What will eat? Will we live on light and air? Will we retain a physical body? How will our economies be organized, what work will we do? Do what we conceptualize as angels and star people now represent what we are becoming? Will we still reproduce sexually? These are all interesting thoughts to me.

As far as the next evolution name, I vote for one of two. Either Homo aster – or “Star Human,” as I hope we evolve and will take our place as beings in the galaxyOr Homo omega, named after the “Omega Point” which is a term coined by the Jesuit Catholic priest, Pierre Teilhard de Chardin, which says that the universe is destined toward a final point of divine unification.

So what do you all think? At Soul Blossom Center, we study different spiritual traditions with an eye towards gaining understanding to give us tools and points of view to help us on our journey of awakening. We hope you join us as we evolve and awaken. We do not frown at science but see it as just another tool of gaining understanding of ourselves and the Universe. Please join us, our Spiritist Study group is every Thursday from 7-8pm.

human evolution The Spirit's Book Consciousness The Omega Point
Manifestation and the Law of Attraction
Why Interspiritual?
What is Spiritism?
Comments