The Radical Art of Thinking For Yourself 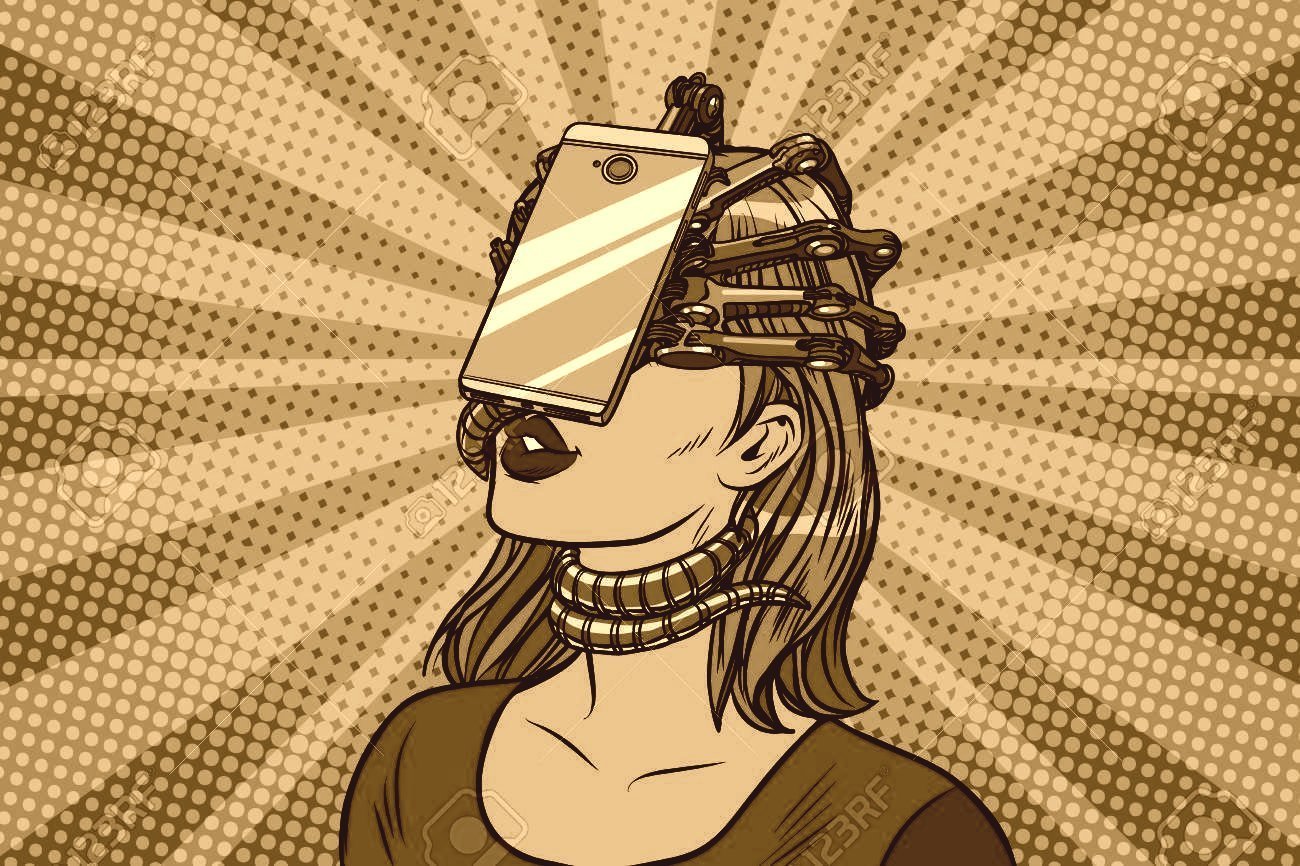 This weekend I was watching regular television, which is not something I do frequently. I was struck by a commercial featuring a young man with a headphone strapped to his head so that he can be directed how to live his life by the newest AI. “Where am I going?”
“What do I have to do?”
“ How do I look like the newest trend?”

AI happily complies. This is a thing. Apparently, the newest generation of consumers need to have a robotic entity strapped to their bodies controlling their every thought, action and minutes of their days.

How many ways does the internet, advertising and mainstream media really control us? I was thinking today as I watch Puerto Rico suffering through a terrible crisis of earthquakes (something that could possibly be caused by the recent increase in oil and gas drilling activity off of the southern coast which you ARE NOT hearing about), and Facebook is quick to unleash a slew of stories detailing how food and water supplies were left unused and distributed after Hurricane Maria because of corruption. With that in mind, why would anyone feel the need to help these people? It’s as if Facebook is deciding who is the deserving poor of disaster victims. When 911 happened, we weren’t blinded by Facebook as a nation. When we saw fellow Americans in distress, we just helped them and we came together as a country, same for when Haiti had an earthquake. In a normal world we would be doing that for Puerto Rico now and after Hurricane Maria, but instead Facebook is working overtime to convince people they don’t need or “deserve” your help.

It’s been proven by our Intelligence Agencies that Facebook was involved heavily in spreading memes created by Russia in order to swing the election toward Donald Trump. The CEO of Facebook, after saying he “was sorry” multiple times, was finally forced to admit in court that if you have a Facebook account, you basically have surrendered your right to privacy. Their whole business model is to datamine your every click, word, purchase and website visited in order to sell you what they want to sell you and what they think you need. Facebook wants you to support the candidate which gives them the highest revenue and the easiest access to your life, any thoughts of ethics or privacy be damned.

Now back to the Millennial with his headphones. This new technology is supposed to “ease your life” by providing you with unlimited information at the command of your voice. Not content to stalk your life from the corner of your home, spying on every word, click and activity, now you can wear this intrusive new brain on your head 24-hours a day if you want, because this amazing achievement will think for you, never mind any thoughts of who is controlling Alexa.

Advertising itself is a form of mind control. If we look at broadcast media going back to the early part of the 20th century, unknown to many, the foundational elements of public relations and advertising were developed by Edward Bernays, who happened to be the nephew of Sigmund Freud. Bernays was fascinated by Freud’s research, particularly the idea that irrational forces drive human behavior. He used his new ideas to develop his own method of “engineering consent,” instead of bowing to consumer demands, advertising should create it. He was hired by Lucky Strike cigarettes and despite the fact he hid his own wife’s cigarettes, developed a campaign to create a new market for cigarettes among women who would see that it enabled them to be more glamorous smoking them, and it helped them to stay slim. We know the outcome of this brilliant campaign, in fact we all probably have relatives who died before their time because they were convinced to smoke early.

This kind of consent engineering is manipulative, and it has dominated the advertising industry for nearly 100 years. And it’s now not just ads, it’s all media, both television news and entertainment programming as well as internet media giants like Facebook. As we move towards allowing intrusive AI like Alexa and 24/hour surveillance software into our homes and offices, we are allowing these forces to drive our behavior, do our thinking for us, tell us what to purchase, what to support, who our “friends” are, who are “enemies” are. It’s madness.

I was at a retreat two weeks ago and the first thing the Priest asked us to do was shut off our phones and unhook for 36 hours. I too suffer from phone addiction, another way that these forces control and infiltrate our every move. I admit that unhooking was difficult, but what I walked away with after three days was more mental quiet than I have had in weeks. During the first part of the 21st century digital media has changed the way we live, interact with each other and spend our free time. One casualty of its ever presence in our lives is time, we know these devices are time suckers. A second is deep thinking and self-reflection. The internet does provide us with encyclopedic information at our fingertips, but again, whose information. Are we discerning about what we read and consume? Finally, it also serves as to distract and divide. I remember watching a recent interview of a successful 90-year old model and she was asked what she sees as the biggest problem of today’s digital world, and she said, we have lost our inner world. I believe this is true.

What can we do, what must we do in order to reclaim this?  We can unhook. We can put ourselves on a digital and media “diet”. We can choose to consider the sources of our information. We can research further when we are in doubt or in a reactive state, is this information true? By spreading it, who does it benefit? Can we unhook from our phones and electronic devices part of the day? Do we need the latest technology that allows for 24-hour surveillance into our private lives? Who is watching? Is it hackable? Do I really need AI to tell me how to live my day? What will I do when they want to implant that chip into my body? This last point being something that was predicted in the Bible as a sign of the final days.

We only have a limited number of hours in our days. Time wasted online or on our phones is never reclaimable. Do we really want to squander time, engaging in frivolous games or searches or retooling our social media image all the while neglecting to set aside time for serious thinking, reflection, meditation, physical activity or time spent in nature or with our family? Evidence is surfacing that we are losing more of our ability to concentrate because of our addiction to the internet and our willing to turn over our own power to think to a computer.  As with most things, if we don’t use this gift, we risk losing it. What does attention provide us? It keeps us safe by alerting us to danger, it allows us to concentrate and practice discernment in decision making, it allows us to connect with others in meaningful ways, it allows us to learn new skills and behaviors.

As Father Jerry said to us on my retreat, “A good life is a conscious life.” I encourage you to practice more conscious thinking. Take time to think for yourselves, minus the need for electronic brains or input. Allow time for real life encounters with other humans, animals, the environment. Allow time to reset our relationship with our Source. The more we allow ourselves time for deep thinking and self-reflection of OUR OWN, the less we will be easily manipulated by those who would use us for their own selfish ends. Character is a result of actions and deeds. Actions and deeds are a result of thoughts. Watch your thoughts and choose them wisely. Cherish our freedom to choose and to think for ourselves, and when you are able to, unhook and unwind.  Peace of Mind and a sureness of your own values and beliefs will be your reward.

media manipulation internet addiction facebook alexa
Manifestation and the Law of Attraction
Why Interspiritual?
What is Spiritism?
Comments