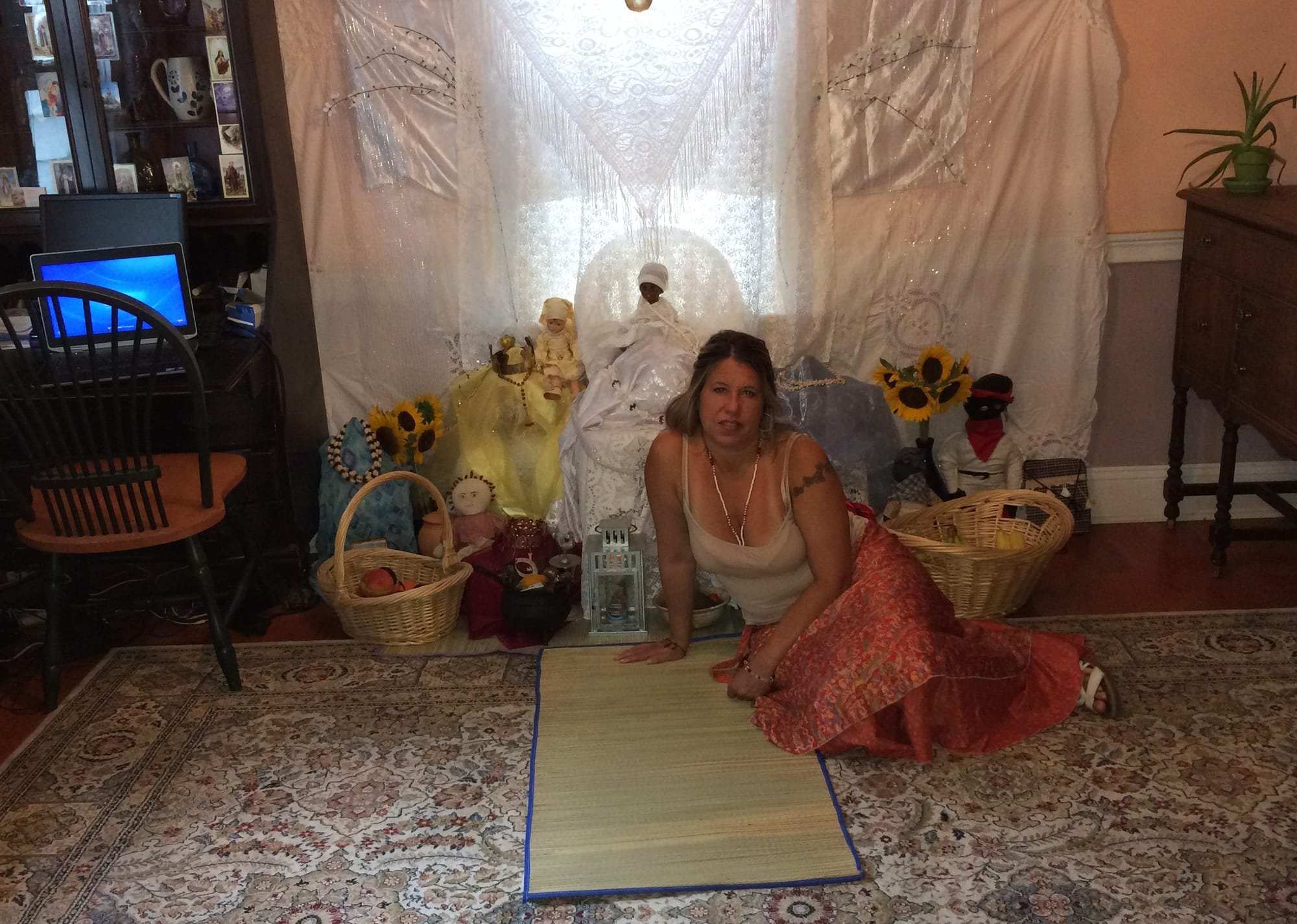 All authentic spiritual paths, at their mystical core, are committed to the common values of peace, compassionate service, and love for all creation. An inner life awakened to responsibility and love naturally expresses itself through engaged spirituality, in “acts of compassion…, contributing to the transformation of the world and the building of a nonviolent, peace-loving culture that includes everyone.” ( Wayne Teasdale, The Mystic Heart)

Seven years ago, I was initiated as a Lukumi Priestess, as a daughter of Obatala. When you make the "Saint" as it is said, you are required to undergo a period of one year and seven days where you dress in white, practice self  discipline and follow the precepts given to you by the elders of the Tradition in order to observe a life of renewal and rebirth as a new person under the blessings of the Orisha. I remember returning from my godparent's house in Philadelphia after the seven day ceremony for re-entry into my then suburban lifestyle with the question, "Well what do I call myself now?" heavily on my mind as I was taking a nature walk down by the river.

I have had a lifetime of spiritual questing. I was born an Episcopalian, but I have always had an interest and passion for all things mystical and magical. By the time that I was a teenager, I became very frustrated with the sexism, hypocrisy and exclusiveness that I felt was rampant in Christian teachings. I discovered Wicca at 18 and I was enraptured by the idea of God as female, that magic was real and we could use it to help ourselves have better lives. After twenty-something years of practicing that, and being part of Pagan community, I had a dark night of the soul where I questioned my beliefs, my lifestyle and wondered if maybe I needed to return to Church. And so I did, taking my children with me to be baptized and confirmed. It wasn't long however that, despite making peace with Jesus, I realized I had outgrown that tradition and I wanted to explore the tradition of Santeria. As a Latina, I was drawn to the tradition and found it fascinating - I believe my ancestors called. I thought I would only receive a blessings and the initial initiation of the the Elekes, however, the Orisha had other plans. In the end, I was fully initiated. And that was where I found myself that day by the river, newly crowned.

An answer came very clearly. A voice in my head said, "You don't have to choose, everything you have learned and practiced and expressed spiritually has made you who you are today." It was a novel idea, I didn't realize this was an option. I had been so frustrated with the traditional idea we have of religion that if you call yourself one thing, you are no longer another. What a concept, that you can create your own spiritual practice embracing more than one faith tradition! i went home after my walk and picked up a copy of The Science of Mind magazine and I saw an ad for One Spirit Learning Alliance, who trained and ordained interspiritual ministers and counselors close by in New York City. They embraced this idea as well. I never looked back.

Today I understand a few things about spirituality that I consider my core beliefs. There are only two kinds of religious expressions, inclusive and exclusive. Exclusive religion teaches there is only one way to God, Enlightenment, to be saved, etc., that they have the truth and only Truth, all others are under the sway of demons or delusions. The other way is inclusive religion, it is open to all and for all to become enlightened. I also believe, as the quote began, that there are core truths to all positive spiritual expression. I do believe in God, but He/She has many helpers. Nature is alive and Natural Forces can help us. We are meant to evolve and grow, that is the purpose of living.

If these concepts resonate in your heart than you may also be interspiritual. If they don't, it may not be for you, no judgement. I believe we are all on a journey and life is meaningful when that journal includes conscious spirituality I hope you will join us here at Soul Blossom Center to explore your own.

Interspiritual Lucumi One Spirit Wicca
Gratitude Within the Circle
Comments