Why Nature Religion Matters in a Time of Climate Change 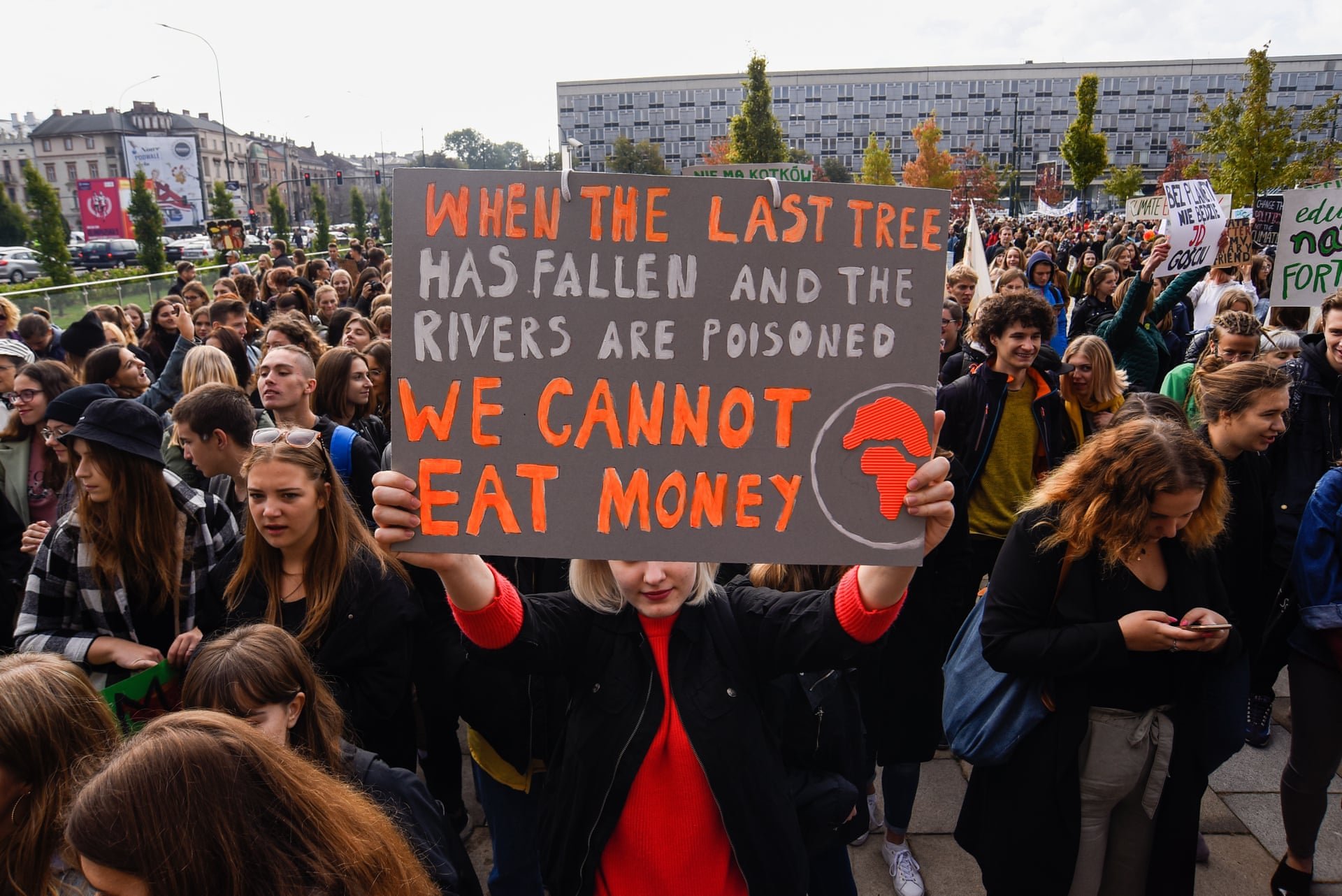 Yesterday, September 20, 2019, on seven continents around the world, millions of children, young people and activists marched to protest the inaction of World Leaders to combat Climate Change. Led by Norwegian teen activist, Greta Thornburg, the rallies had one objective – stress the urgency to take action now.

The Earth is under siege. For the past 40 years, the world’s governments have conspired with fossil fuel transnational, multibillion-dollar corporations who have profited off of technologies that are contributing to unsustainable greenhouse gas emissions and have allowed the damage to spiral out of control. Despite urgent warnings by scientists for decades, these governments and corporations have put profits before the health of the planet, thus jeopardizing ecosystems around the globe. After decades of state-sponsored denial and media propaganda, many people still blindly believe that climate change and its urgency is not real or a threat, despite the fact that the mega storms and biosphere hazards like rapidly melting ice caps and life-threatening floods and droughts are happening all over.

It isn’t just corporate greed and government corruption that has gotten us to this point, however. How convenient it would be if we could just blame it on these organizations! We have to realize that climate change is happening because of our own Western civilization which for thousands of years has seen the Earth and her resources as ours to use and plunder. Instead of realizing our interdependence on other species and utter unity with the planet, our culture sees the Earth is passive dirt, the animals and plants belong to us as the “superior species.” The devastation we witness today is absolutely an outgrowth of this nihilistic mentality. How did we get here and what can we do to wake up to it?

For six thousand years we have lived under an ever-increasing God of technology, machinery, and military might. The shift from Goddess to God did not happen in a vacuum or without casualties. Primitive cultures the world over recognized the Earth as Mother. She was honored, feared, revered, placated and Holy wherever humans evolved. From the stone age through the agricultural revolution, pagan religions all around the planet recognized our interdependence with the Earth and on the animals and plants that together made their world. Wherever indigenous culture remained, they shared the idea of the importance of living in harmony with Mother Earth and their environment. But with civilization came mechanization and the rise of the God of Patriarchy. This culture places military man at the top of the food chain and women, lesser men and all else falling in line underneath. Again and again in the Talmud and Old Testament we see records of condemnation of those who would offer “Cakes to the Queen of Heaven,” and instructions to destroy the groves where the Pagans worshipped, were deemed abominations. Why was this?

In human evolution, primitive man did have barbaric practices associated with ancient ways. Some of the old religions degenerated with the transition of Goddess to God into warring factions, human sacrifices, mutilation and slavery. For good reason, these practices were deemed to be barbaric and needed to be ended. However, what happened was, as civilization grew, we lost our connection to Nature. No longer was the Earth seen as our Holy Mother. As the church grew they tried to replace her and provided an otherworldly, sanitized “Holy Mother” to worship instead. While Mother Mary did take on most of the attributes of Pagan Earth Mother Goddesses wherever she was embraced in Europe, the Mid East and Africa, she never quite regained the connection to Mother Nature that predominated in the consciousness of the Pagan mind. This severed humans ability to respect and revere the Earth and is what we inherit and live with as our sad legacy today.

The Goddess, however, can only be pushed into our collective subconscious, she can never be lost forever. Psychologists today understand that to the principles of conscious and subconscious mind are added a third, the superconscious Greater Self (Doreen Valiente, "Natural Magic). Today, they look with new eyes on ancient myths to inform us of what powers are working in the world to assert themselves into our consciousness. One of these forces is the idea that the Earth is a sacred, aware Being, or the Gaia Hypotheses. This idea says that the Earth herself is a conscious being. She will not go quietly into the dark night; she will fight back. Perhaps she is fighting back. As we plunder and destroy her resources, she is simultaneously awakening those children willing to defend her, but also bringing back balance to the world by destroying our homes and our way of life. The archetype of the Great Mother includes the destroying Mother, or Kali. It is this face of the Goddess that the ancient patriarchs so feared and sought to destroy. Mother Nature can and will destroy a destructive species. Perhaps that’s what happened to the dinosaurs. More pertinent to us, however, is perhaps many humans will have to die in order for us to return to a balance. It’s a tragedy that this should be the case, as the children so painfully reminded us this week. They will be the generation to inherit what happens now. Will the damage we do to the planet, which is currently experiencing extinction of other species at alarming rates, be so grim that we too will become extinct?

The rise in consciousness of humans toward the sanctity of the Earth has to happen. And it is a fundamental tenet of Nature religion. Right-wing Christianity (read Patriarchy) will condemn this impulse by saying, it’s sacrilege to worship the Creation not the Creator, and we can see where their sanctimonious protests have gotten us. We must understand that the Planet we depend utterly upon IS sacred and holy. Reverence and humility are what is needed.

Nature religion allows humans to make conscious our connection to the Earth because we honor the seasons as they flow. We seek to internalize their lessons into our own lives and communion with our non-human relatives and a harmony with our environment as a whole. I argue this approach to spirituality is exactly what is needed for us to make the lifestyle changes that are so urgently needed – sustainable living, permaculture, recycling and reducing our waste and carbon footprints being some examples. When we shift to seeing these actions as genuine religious duty, they become a new paradigm and way of life.

The holiday we celebrate today in the Northern Hemisphere is Mabon, the Autumnal Equinox. It is a time where we pause to bring ourselves in balance. As we do so, may we bring ourselves internally, in our life and also externally in our world, back into balance. The kids are alright. Let’s save Mother Earth together.